google the inside scoop 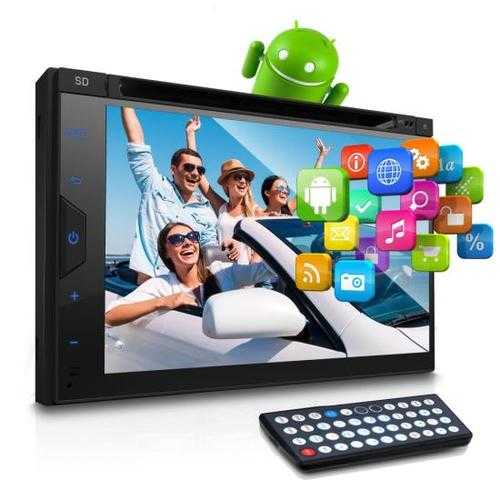 Google the Inside Scoop

For many of us, it is hard to imagine a world without Google. It seems that this megalithic search engine has been with us from the start of time, and it is hard to imagine rightly or wrongly what the internet would be if two young PhD students, Larry Page and Sergey Brin had not met up with Scott Hassan and Alan Steremberg while studying at Stanford University in California in January 1996 while working on a research project required for their university course studies.

Yes, it's hard to believe that “Google Search” or “Backrub” as it was initially named has only been with us for just 23 years, and in that short time has managed to generate an estimated 136.8 billion USD (2018) in revenue per year, handles over 40,000 search queries each and every second which in-turn equals a mega total of 1.2 trillion searches each and every year, I guess they got an A+ for their university research project.

We have to realize that back in 1996, the type of code required to make the Google search engine work was relatively untested and extremely complicated to us regular folks. Tasked with this mammoth assignment was “Scott Hassan” who was often referred to as one of Google’s unofficial founders.” Scott would leave before Google was actually formed into a company going onto work in robotics before founding “Willow Garage” in 2006. He now keeps a low profile while living very comfortably with his wife and kids in Palo Alto afforded by the considerable stake he maintained in Google.

By this time, Google needed more help, so Craig Silverstein, a PhD student became Google’s first employee.” Susan Diane Wojcicki,” a personal friend of both Page and Brin quickly followed, and would later allow Google to set up shop in the garage adjacent to her home.

Susan’s first job would be to act as Google's marketing manager before being entrusted with Google's first video service. Wojcicki would later persuade the other founding fathers to acquire YouTube in 2006, and would later become the Chief Executive Officer in 2006, a title she still holds today. Her net worth is estimated to be $500 million, and Craig Silverstein is said to have a net worth of $950 million.

It was while working out of “Wojcicki’s” garage that the four decided to launch Google, registering the domain on the 15thof September 1997, and nearly one year later incorporating the company on the 4th September 1998. The world from that day on would shrink, for the first time in history, it would not be just the rich who because of their worldwide travels, learnt about the customs and secrets of the world. Indeed in the new world of the “Google Search Engine,” all a person would require to travel the world would be a computer and a reliable internet connection.

“Welcome to the World of Google.”

Authors note: One of my prized possessions is a “Black T-Shirt” my daughter found for me a few years ago, a T-shirt which over time appears to have shrunk, but emblazoned across the front in large colourful letters for all to see is the following Google message

I don’t need Google, my wife knows everything!

Am I alone in thinking like this? I do not think so, and for all you people out there who may be thinking what a horrid thing to say about one's wife, we have now been married for just over 45 years and she still is the most wonderful and beautiful person I have ever met. One who, like me,loves a bit of fun, perhaps this is why we are both still deeply in love.

How does the “Google Search Engine” differ from other “search engines” how did they come up with the name Google and what is the Chinese and Russian connection?

Conventional search engines of the day ranked a website by the number of times any search phrase appeared on any of the pages of the website page. After analysing thousands of other sites, they then reported these findings back to Hassan who immediately set about writing the code for the new Google Search Engine, a search engine which they first named “PageRank” simply because the new code checked what type of web pages were linking back to the original website.

The name Google comes from the misspelling of the word "googol” which means the number 1 followed by 100 zeros, an indication of just how much traffic the new search engine was expected to create. Early examples of this extraordinary traffic can be seen by the old statistics shown below all gleaned from the “BackRub” search engine in August of 1996.

Yes, the Google search Engine had arrived, helped on its way by a young Russian Immigrant going by the name of “Sergey Mikhaylovich Brin” who arrived, with his parents, from the then Soviet Union, in May of 1979.

His parents, Eugenia and Mikhail Brin were both graduates of the Moscow State University and both, after arriving in the United States, would go on to excel in their own chosen fields with his father becoming a mathematics professor at the University of Maryland and his mother a researcher at NASA's Goddard Space Flight Center. Not bad for a family who lived in a one-roomed Moscow apartment just a few years earlier.

Brin is now ranked as the 10th-richest person in the world, with an estimated net worth of US$53.8 billion. The Chinese connection comes from the fact that one of “PageRanks.,” leading influencers was a gentleman going by the name of “Robin Li,” who would in the future, go on to create the Chinese Search Engine “Baldu.”

As for the young Russian immigrant “Sergey Mikhaylovich Brin,” he would, until recently, become president of Google's parent company Alphbat Inc, only stepping down this year on the 3rd of December 2019. He is now ranked, as mentioned before, as the world's 10th wealthiest person.

Well that’s it folks I have come to the end of another short narrative, and I do thank you for taking the time to read it. It would also be remiss of me if I did not acknowledge my hosts America’s favorite place to shop online in 2019, BargainBrute.Com, home to all your online shopping deals. Quite frankly if there is an online shopping deal out there, then BargainBrute.Com is sure to have it.

If you are looking for that high-quality gift or any other product, use the Google Search Engine and go and join the thousands of others who have chosen BargainBrute.Com as their place to shop online.

Kind Regards and have fun shopping the BargainBrute way. The only way.