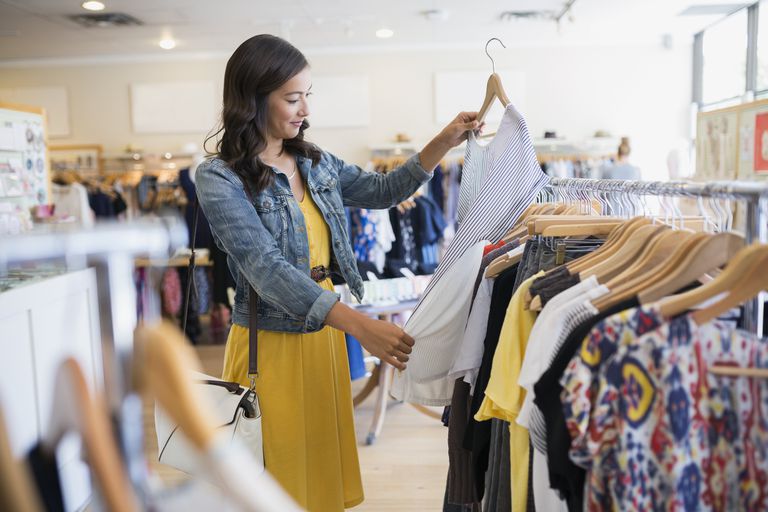 With social distancing the new norm, online shopping has temporarily become the preferred way to shop online, especially for items such as a new dress or a comfortable pair of leggings.

So today, in this short BargainBrute narrative, we are going to take a look at how different brands, and indeed online shopping clothing stores, have prioritized both their online presences and policies amid this horrific pandemic.

Whether you are seeking an outfit for a virtual Zoom date, looking for a vintage or pre-owned designer piece, or just a couple of comfier work-from-home outfits to your bedroom closet I do hope something will be of interest to you. I am sure you will recognize some of them, however, as I know that "Clothing stores online shopping," is not for everyone, I have included a few who do not turn up every day, hope you enjoy.

Nasty Gal: founded back in 2006 by Sophia Amoruso, an American businesswoman who herself was born in San Diego, California, later moving to Sacramento where she quickly became well known for her out front style of management. It did not take long for her company "Nasty Gal," to be named as one of the fashion industries fastest growing fashion houses, by the internationally known fashion magazines "Inc. Magazine," back in 2012.

A nomination which obviously helped her on her way to becoming one of the richest self-made women in the world.

However, as it can in the fashion industry, things changed very quickly forcing "Nasty Gal," into bankruptcy, annihilating her complete fortune.

However, not to be held back, she picked herself up and created in 2014 "Girlboss Media". A company which makes content for women of all ages, and ethnic backgrounds.

Her self-written autobiography named "#GIRLBOSS" has now been made into a film broadcasted on the Netflix streaming channel. So as you can see it would seem that nothing can keep a good woman down, no matter what happens in both personal or business life.

ModCloth: Founded in 2002 by Susan Gregg Koger and Eric Koger, they offer vintage and boho clothing exclusively from autonomous designers. If you are in the market for anything retro, especially dresses and the like, then they are well worth a visit.

This retail setup is a compliment to seed funding or start-up funds as when the two first launched their website both were still students and sold used vintage dresses. A novel idea back in those days, but none the less they managed to take in $18,000 for their premier year, not bad by anyone's standards.

Yes, it was a good start for the two youngsters, and it was noticed by others leading to a seed funding in 2008, which led to the two to earn an incredible $15 million in 2009. This revenue, which the two immediately ploughed straight back into the business, enabled them to move their headquarters from Pittsburg to San Fransisco, wherein 2012, they once again reported incredible earnings of $100 million, before going onto 2014 where they once again reported earnings of $150 million. Not bad for an online retailer who first set out in business, just 18 years earlier to sell second-hand clothes.

Lulus: Now an American, strictly online retail shopping company, and have been around since 1996 under its original name "Lulu's Fashion Lounge". At the time they were a traditional brick and mortar retail outlet and a seller of vintage clothing.

Now, however, after breaking away from the high street, they carry several lines of products, all of which are billed as being unique to the company, including shoes, apparel, and other accessories. They also have several different lines of products which they sell both in-store, and online at Nordstrom, including formalwear, bridesmaid dresses and other accessories too many to mention here.

Fashion Nova:  Founded in 2006 by Richard Saghian who started off in retail by working in his father's clothing boutique in Los Angeles. Now a 100% online retailer, however back in 2006 or there around they opened a traditional brick and mortar retail unit in the Panorama City Mall, in Los Angeles, where they sold cut priced clothing and accessories, specializing in what was then nicknamed "Club-Wear," only starting their online activities in 2013.

Once up and going as an online retailer they quickly expanded launching in 2016, "Fashion Nova the Curve Collection," which they quickly followed in 2018 with the inclusion of menswear, which they used as the gambit for opening up their "Fashion Nova Men's," line a collection which seems to be doing quite well for them.

This forward-thinking online retailer has been known to use Instagram to attract their young clientele which does also seem to be working for them. However, controversy hit in 2019 when the "United States Department of Labor," found that fashion Nova was in fact using clothes that were apparently stitched by underpaid workers, some apparently getting paid as little as just under $3.00 an hour.

The resulting investigation stated that the company did owe a minimum of just under $4 million in back wages to its employees.

The above apparent allegations have not stopped big-name celebrities from promoting the company. In fact, in November 2018, the Iconic rapper "Cardi B," helped Nova in the release of their new line of clothing at a party called "Party with Card". Others on hand to support them at the same party were the likes of "Brianna Perry," "Saweetie," and "Dream Doll," and it would seem a briiliant time was had by all.

Well, that’s all from me today, but hopefully, if you permit me, I will be back tomorrow along with our hosts America's favorite place to shop online, BargainBrute.com.

You all take care and stay safe.