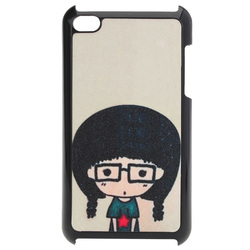 Our love affair with the cell phone since it was first envisioned way back in 1917 (yes that surprised me while researching this narrative) shows no sign of letting up. Believe it or not there are more cell phones, or smartphones, call them what you wish than humans living on our planet. Furthermore, the gold used within the circuity of all cell phones accounts for at least 7% of all gold mined.

Yes, there’s gold in those phones; However, if you are thinking of making a living by collecting old cell phones, make sure you have a large enough sack to put them in. We mine close to 2,700 tons of gold per year. That’s approximately 7.4 tonnes per day. Ro equal that figure you would need to collect 300 million cell phones each and every day, and with just seven billion cell phones in the world, you would exhaust your supply within 23 short days, plus you would not be able to talk to anyone ever again.

So when and where did this journey of nomadic messaging and conversational cell phone banter begin? For that, we have to thank a Finnish gentleman going by the name of  Eric Magnus Campbell Tigerstedt sometimes called the Thomas Edison of Finland, who, surprisingly, way back in 1917 envisoined a market for a pocket-sized folding, handheld telephone device.

However, unlike today the device was really just a mobile radio transmitter, and you would have had to have pockets the size of a shoebox to put it in. Like many other inventors of his time, although very talented, he never made any money from his inventions, but it did pave the way towards what we have today. Although it would take another fifty years when, on the 3rd of April 1973 using a rather large DynaTAC model phone, Martin Cooper of the Motorola company became the first person to make a published call on a prototype handheld cell device.

So how powerful are modern-day smartphones? If you are anywhere near to my age, then you will remember sitting around your old black and white TV on the morning of the 16th ofJuly 1968, and of course, I am referring to the first moon landing where we watched an unknown American astronaut Neil Armstong, step off a ladder while uttering the immortal phrase “That’s one small step for a man, one giant leap for mankind.”

Furthermore, some of you will also remember marveling at the banks of computers set up at mission control, all required to send the spaceship,  Apollo 11 to the moon in the first place. It was at that time the most powerful computing system on our planet and all were connected to Apollo 11's onboard computer named the Apollo Guidance Computer or AGC, an engineering marvel for its time.

However, it has to be said that Apollo 11's safe landing on the moon was in part due to a little bit of luck and most of us did not really realize that Neil Armstrong and for that matter, the rest of the Apollo 11 crew, were indeed riding on top of a guided missile. A missile which used a computer system which had just 16 binary digits of RAM, or Random Access Memory, or to put it in the words of a layman, 32,768 bits of RAM memory and what's more if the computer lost power all memory including instructions would be lost.

Fast forward to the modern-day cell phone, all of which have a minimum of 4GB of RAM or 34,359,738,368 bits, or further still the modern iPhone which has up to 512GB of RAM memory making it more than seven million times stronger than the Apollo 11 guidance computer, and amazingly all held in a device that fits comfortably in your breast pocket. Yes, the modern-day cell phone has come a long way since Eric Magnus Campbell Tigerstedt first had the idea, way back in 1917.

Along with the increase in power of a modern-day cell, phone revenues for the product across the world has literally exploded over the past few years. Globally we are told that the smartphone and tablet market, which already accounts for 60% of smart connected customers will be worth an astonishing $355 billion by 2020 with a projected 6 billion smartphones in circulation.

On a personal note, the transition from the desktop computer and the old fashion telephone was an uphill battle. I am afraid I was one of those people who thought that if a person wanted to contact me, they would ring or email me when I was in the office; however, today I have to admit that this old fossil has at last fallen into line with the rest of humanity. I like all, know realize that mobile devices have become the hub for most of a person's entertainment, communication, and business requirements.

Yes, I have now at last been persuaded that the smartphones of the world have taken over from the everyday desktop PC, soon I guess to go the way of the Apollo 11 Guidance Computer, yet another as Neil Armstrong would say “one small step for a man, one giant leap for mankind.” Welcome to the 2020s and beyond.

It has been a delight to write about what is perhaps one of humankind's most amazing achievements, the invention of the modern-day cell and smartphone and I thank you all for reading. It would also be remiss of me if I did not acknowledge my hosts for giving me the platform to write upon https://www.BargainBrute.Com voted America's favorite place to shop online in 2020.

Pop over and give them a visit and join the thousands who shop there. Do not forget, while you are there, to visit their Cell Phone Junkeez online store where they have perhaps the most extensive inventory of smartphones and accessories anywhere online, or for that matter in any traditional brick and mortar shopping mall.

Kind Regards and see you on the inside at America's favorite place to shop online, BargainBrute.Com. Find out for yourself just why they have been voted one of America's true family-run online businesses.

Thank you for your time.

Join us soon when we talk about “Looney Tunes a History of Laughter.”